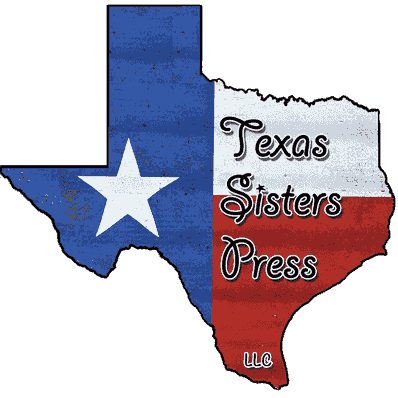 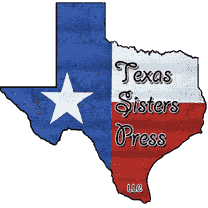 Keep Up To Date!

Sign up for our newsletter to find out when new releases are coming, or when we get the honor of welcoming a new author!

LM Mann has a passion for working with children.  For over 30 years, she has worked with summer camps across the US producing videos for camps.   She has coached children in basketball and soccer programs through her church, and conducted creative writing workshops with schools and camps.

Lydia and her sister, C.J. Peterson, both award-winning authors, have formed their own publishing company, Texas Sisters Press, LLC.   “We have goals for our own books, but we also want to reach out to other authors who are looking for assistance with publishing books,” LM Mann said.

Lydia hopes to inspire young readers to develop a passion for reading as she did as a child.  “It is extremely important to help children develop a love of reading.  Reading allows children not only to do better in school, but instills a love of learning, and supports their natural curiosity.  I still remember the magic moment when my dad was reading me the same book that he had to read me every night before bed, when I realized I was actually reading the words on my own,” she said.

C.J. Peterson is a five-time award-winning published author since 2012. She is also a podcaster and blogger, and knows how to relate well to folks of all ages. She has three series currently out: Grace Restored Series, The Holy Flame Trilogy, and the Divine Legacy Series for young adults and adults, where the characters crossover storylines. In her series books, the spiritual realm crosses into the physical. Where there’s dark, there’s light. Where there are angels…there are demons. It’s an edge of your seat journey, that will have you holding onto the pages for dear life! She also has a stand-alone book, Strength From Within, where corruption is rooted in a small Ohio town since its founding. Can Stacey Spencer and her dad, Sam, free Pine Crest? What will it cost her? If your town was held captive, would you comply, or fight back?

C.J. has a children's book series based on the real-life Adventures of Chief and Sarge! She and her husband (lovingly known as Super Hubby) take Chief (stuffed koala) and Sarge (stuffed monkey) on real-life adventures in order to share them with your little one! People have fallen in love with Chief and Sarge, as they follow along on these adventures on their social media and web page! Many have even taken advantage of photo opportunities with the little guys. Check them out under the tab on C.J.'s website with the same name. The Adventures of Chief and Sarge: Every day is an adventure with these two!

“While the stories are fiction, the journey is real.”

Jeff Cregg is a retired software developer who lives with his wife and cat in southeast Texas. A native of Oklahoma, he’s lived in four states and one Canadian province. As a youth in the 1960s, NASA’s Space Program not only captured his imagination but sparked his passion for science and nature. As an eight-year-old, the movie, 2001: A Space Odyssey, captivated him with its stunning visual effects and photographic innovations. This ultimately inspired his enduring interest in photography and cinema.

In college, Jeff’s attraction to science influenced him to pursue degrees in geology and computer science. After meeting and marrying his wife, his affinity for things scientific led him to explore the inexorable realms of empiricism and epistemology. Increasingly dissatisfied by the unrebutted popular, but secular, voices that dominated the scientific world, Jeff then embarked on a quest to determine if that world and the world of the Bible were as incompatible as those voices were claiming. Much to his delight (and relief), he discovered that they indeed were not—that they actually complement one another hand-in-glove.

Jeff has always enjoyed opportunities to express himself with what he regards as the most powerful tool ever devised—the English language. As early as High School, he entertained the idea of writing a book. Late in his career, and after a half-decade of being involved in the Intelligent Design movement, Jeff finally decided to try his hand at writing. At the age of 60, he published his first novel. He is now looking forward to using the extra time retirement offers to continue developing and exploring his newfound passion for writing.

From Houston, Texas Matthew J. Martinez enlisted into the U.S. Navy. He and his wife spent four years stationed in Norfolk, Virginia where they made friends, traveled and had a beautiful baby boy.

After his enlistment, Matthew & Co. moved back to Texas to begin their lives as civilians. It has been a challenging adjustment back to this lifestyle, but it did not stop him from dreaming.

He continues to go to school to become a Social Education Teacher while writing creative, yet personal stories for families like him to enjoy. Though we may have different background and values, we all have adversity and with the power of love, support and imagination, anything is possible!

Texas Sisters Press: Quality books for readers of all ages!